I have decided to take on a personal photography project highlighting Studio Ghibli movies. I decided to start with Princess Mononoke. I’m hand crafting the entire costume. It’s the first big cosplay costume I am making. The mask I made isn’t quite perfect, I may still try to improve it in the meantime, however, I worked really hard on it and want to share it!
To begin with, I had no idea where to start. Thankfully I know my way around Pintrest and got some really good ideas from there.

The base of the mask is paper mache. I used a mixing bowl to put the paper mache on and I slathered the bowl with coconut oil to help it not stick once it was dry. 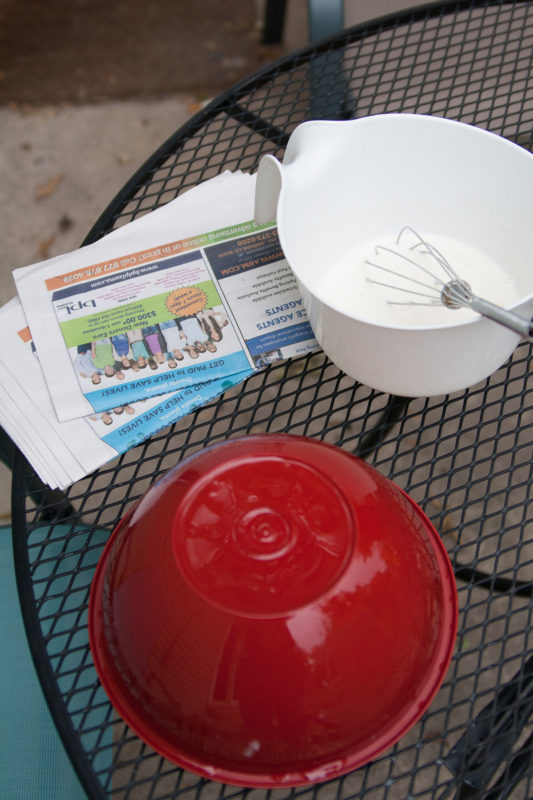 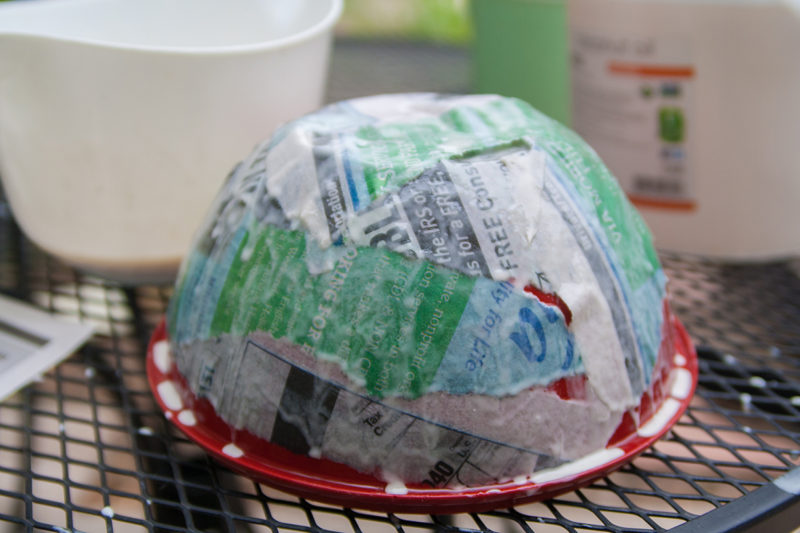 Working with paper mache really brought me back to my childhood arts and craft classes that’s for sure. The recipe I used was 1 part flour (1/2 cup), 2 parts water (1 cup), and a few generous squeezes of white glue. There are plenty of recipes online, but this one worked for me. (Bonus: Super easy to make)

After it dried, I needed to make eye and mouth holes. To make them stick out, I used yogurt cups that I cut with an exacto blade. I drew around the cups and cut out the holes with the exacto blade, then I placed the fitted cups into the holes and secured them with hot glue. 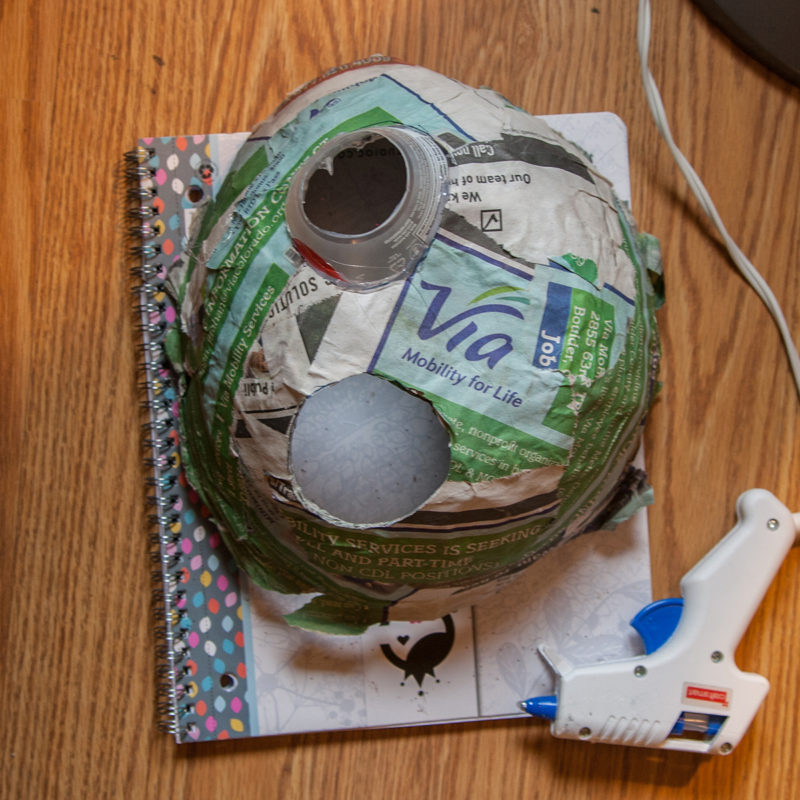 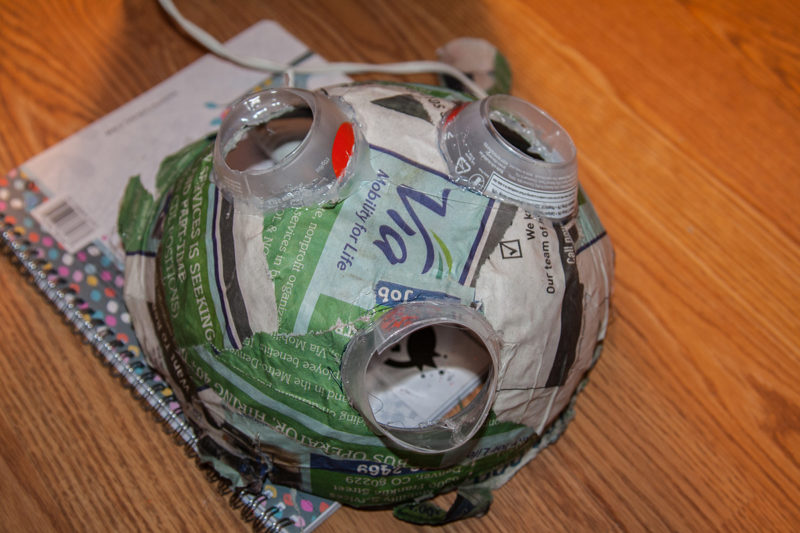 Once that was dry, it was time to apply the clay. The tutorial I found on pintrest said to use Air Dry clay. 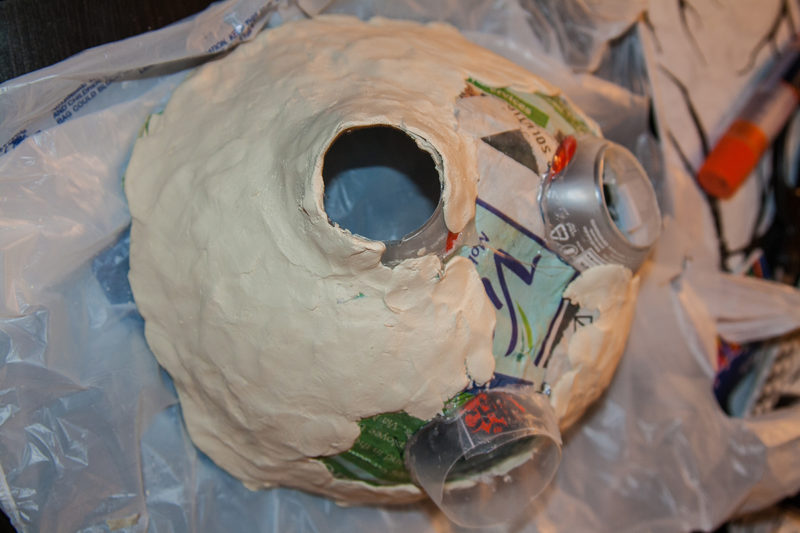 Well, that didn’t work out for me at all… 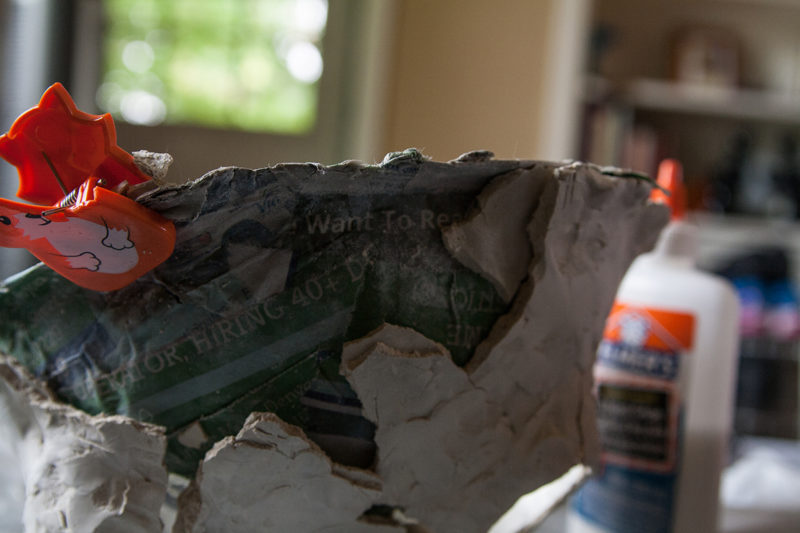 Lesson learned though. I decided to try my luck with plaster of paris. 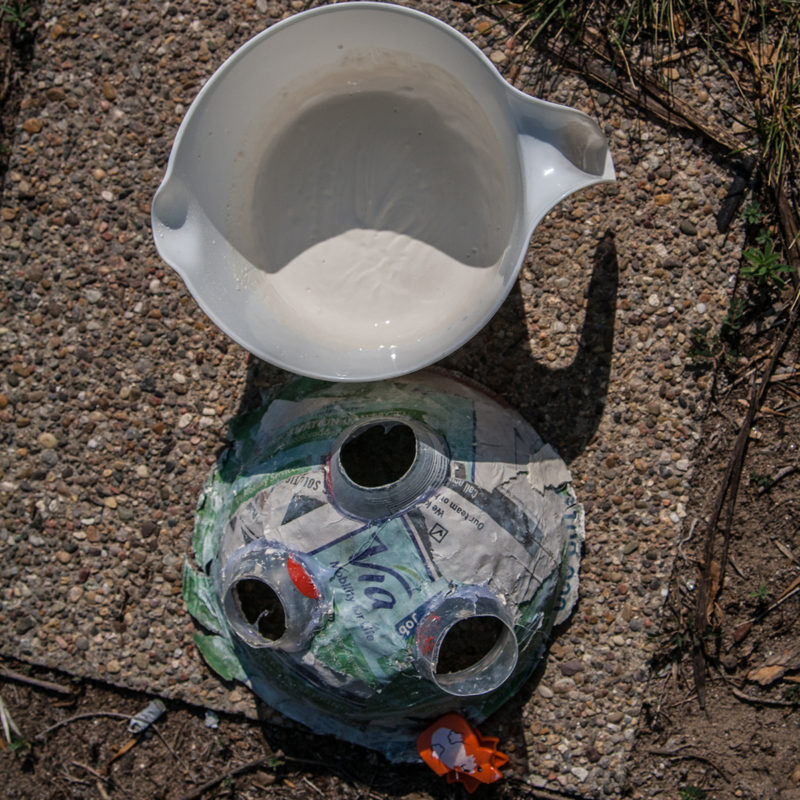 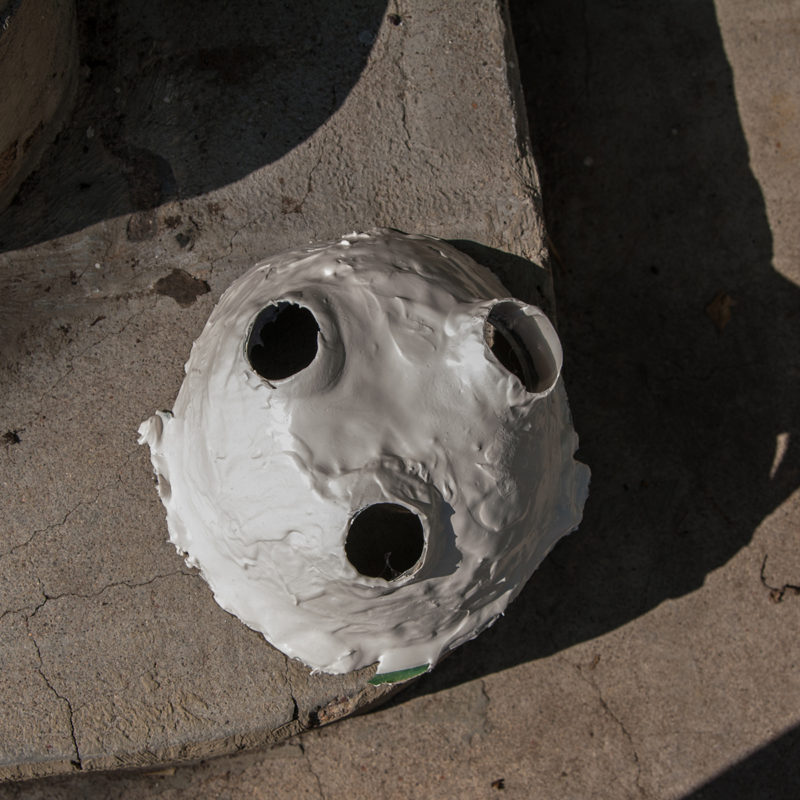 That worked out so much better! I mixed the plaster of paris as directed on the package and basically just poured it over my base. It is an outside job for sure. It cleans up easy off skin and bowls, but I would not recommend doing the pouring inside! It’s messy. It dries pretty quick too which is nice. And it was way lighter than the clay.
Next step is the outline for the part around the eyes, I drew it on first to get an idea, then used craft foam to put on the mask. 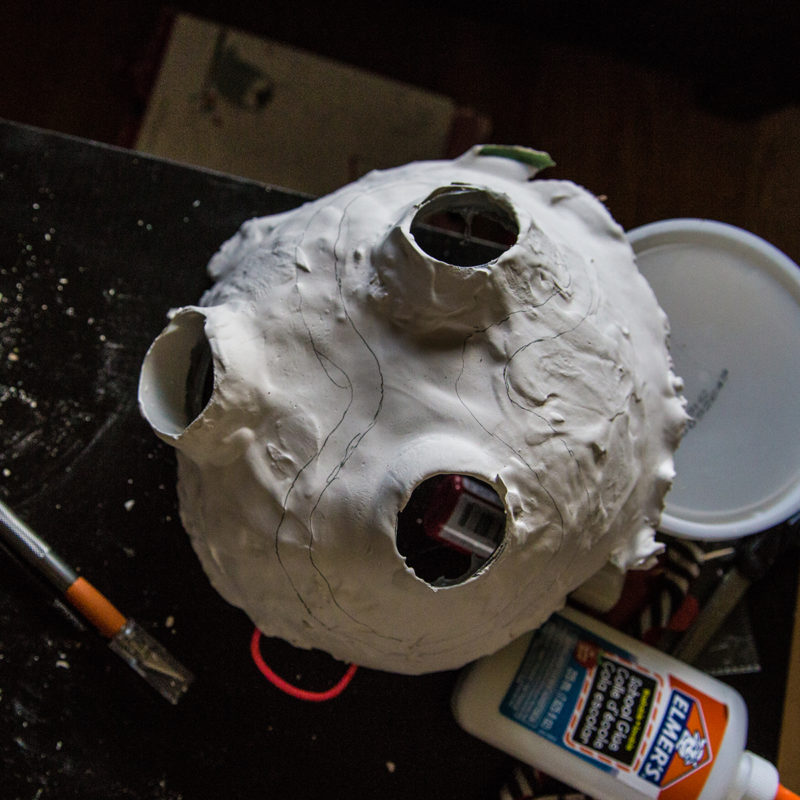 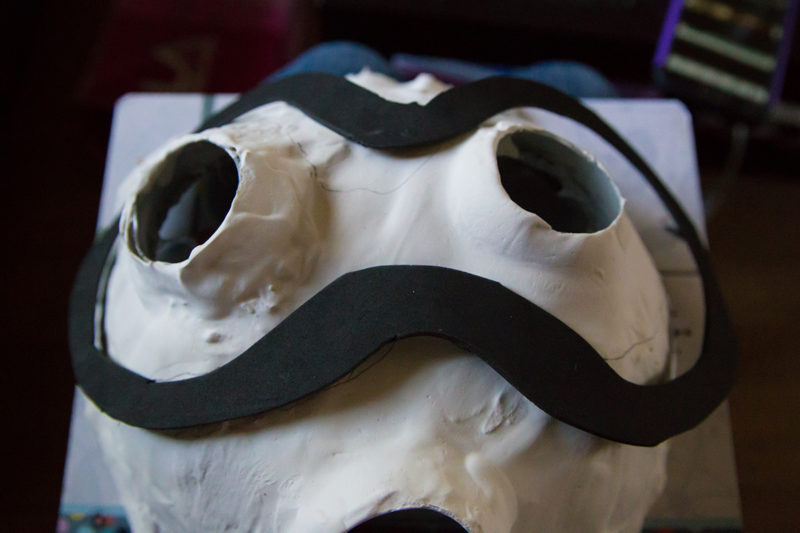 I was going to try to glue it on with my hot glue gun as one piece, but it was too big, and it kept folding where it wasn’t supposed to, so I cut the black piece into smaller, more manageable pieces. 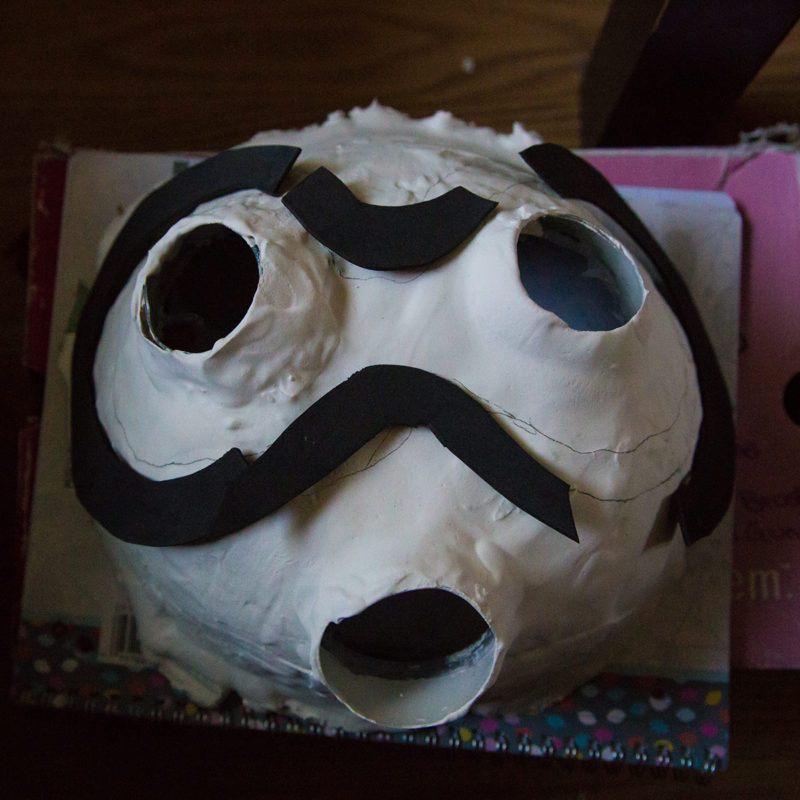 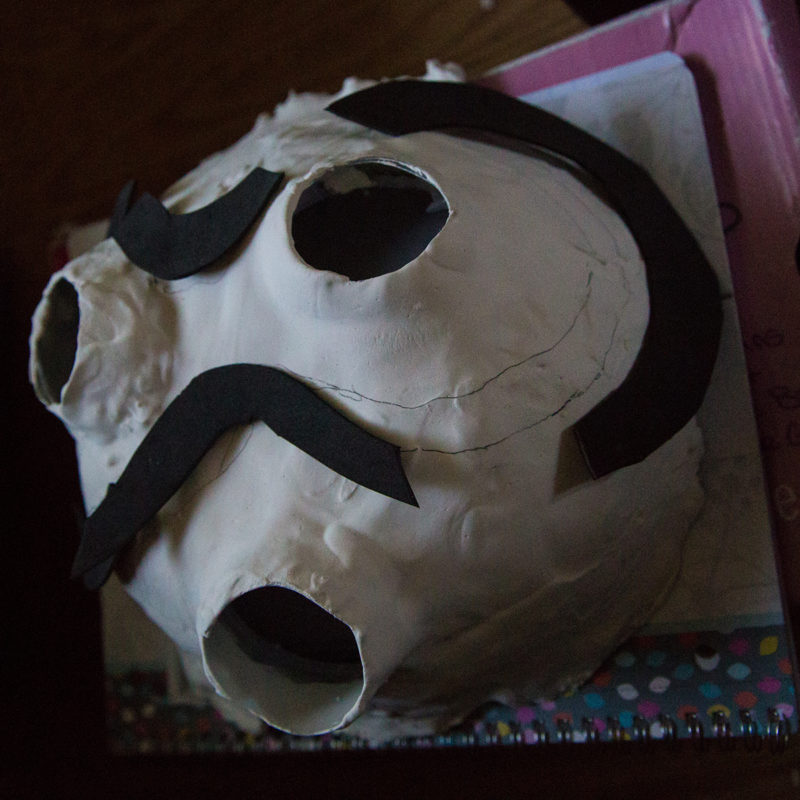 That worked out much easier. I used a hot glue gun to secure each piece. When that was done and dry, I was ready to paint! 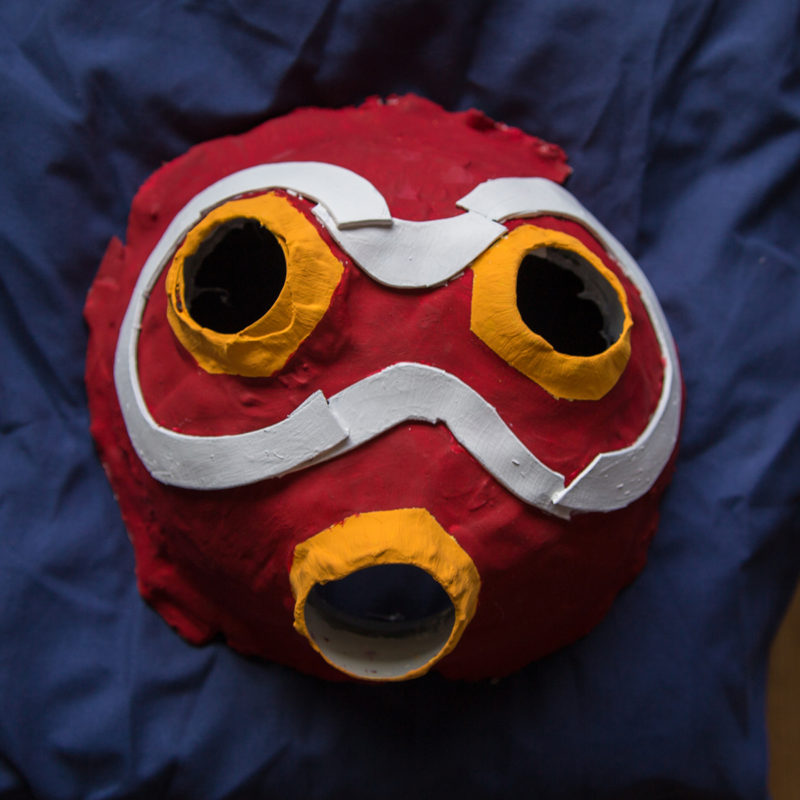 The mask is complete! It’s far from perfect, but I think it will do just fine when I am ready to do the Princess Mononoke photoshoot!
I got a big blue pillow case from the thrift store that I am going to use as a dress (if it fits my friend) and I found a place to get low price faux fur that I am going to use for the cape and hood! More photos to come for the rest of the costume making and the shoot itself. I’m very excited to do this shoot and get it out here. I hope we can do it before it gets cold!